Who says a crisis has to lead to catastrophe? Sometimes it can open new doors into a brighter future. That’s Lee Garland’s story. The Nottingham-based photographer was working as a staffer at an interiors and architecture magazine, a role he chose over a better-paid, but less rewarding corporate job, when the financial crisis struck in 2008.

“I just felt a staff photography job was too good and rare an opportunity to refuse. But when the financial crisis came along, it quickly became apparent in the ensuing property crash that interiors was not going to be a steady place to be any longer, so I broadened out into weddings,” he says. “I’ve never looked back.”

Growing up, Lee didn’t have any burning desire to run his own enterprise and be his own boss until he started working for actual bosses. “Then the incentive was certainly there. I don’t like being tied to an arbitrary schedule set by someone else, it’s such an unproductive way to work,” he says.

Having the courage to go it alone

Something that gave him the confidence to take the leap and start his own business was building up good contacts within the industry. “There are so many photographers nowadays, so having a good range of solid contacts that I felt I could rely on for freelance work was key. Having to pay the bills off the back of having to pitch for work from scratch would have been, frankly, rather terrifying,” he says.

For Lee, one of the biggest challenges is competition. However, he accepts that this also forces all photographers to make sure they remain relevant. “The barriers to entry in photography have lowered in the digital age, and that brings challenges both positive and negative to the profession,” he says.

The downturn in consumer confidence and disposable incomes in the last few years is also a challenge. “Losses to consumer confidence are just the worst in terms of growing a business, and there has been scant little good news, particularly for the younger demographic who form most of my customer base,” he says. However, he remains positive about his generation: “We are resilient, and we will rise up. I see Starling Bank as part and parcel of that revolution. There are systematic failures which I think we are waking up to and we can use the digital revolution to work around them - there are better ways to do things.”

A new kind of bank

He came across Starling during his search for alternatives to high street banks. “Aside from their behaviour having been proved to be nothing short of scandalous, they represent the worst of oligopoly; lazy service, slow to innovate, unresponsive to their customers because they know their customers will most likely remain with them whatever occurs since there is little alternative,” he says.

For Lee, Starling is a real alternative: “I was up and running in, literally, minutes,” he says. “I had been trying to open a business account with a high street bank for weeks, having to get counter-signatures, posting massive envelopes full of reams of paper forms and past statements.” The bank then lost the documents he posted to them, which in turn meant he couldn’t open an account at another bank either because all the originals were gone. “It feels liberating not to have to think about high street banks any more - I haven’t got time or the nerves for that any longer.”

Setting up a Starling for business current account was so simple that he ended up calling the Customer Service team just to make sure he hadn’t missed anything. 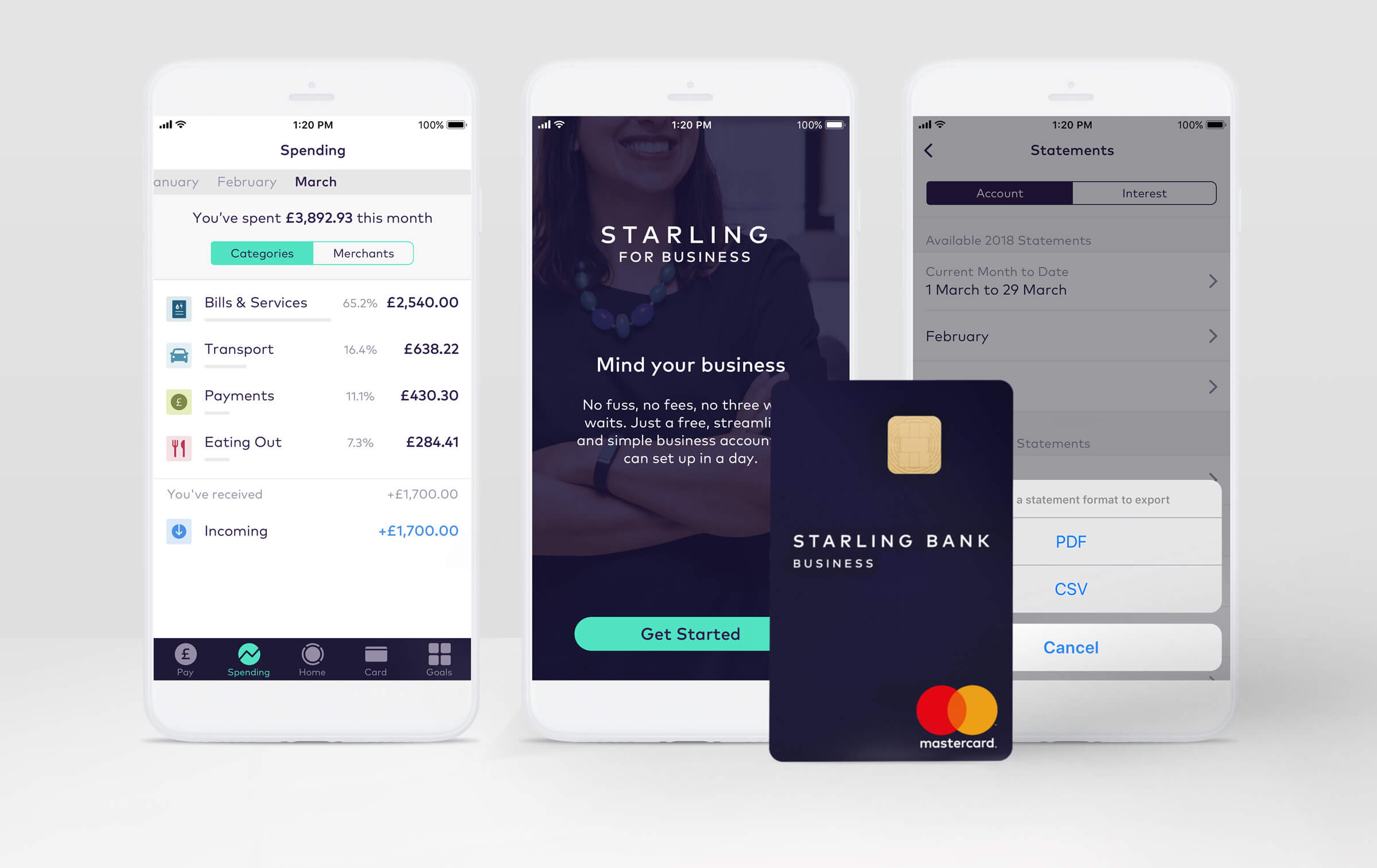 “Using the app is genuinely so refreshing. It’s so straightforward,” he says. The real-time notifications on his phone when his clients pay him mean that he is able to send an instant thank you, something which has made a huge difference to his client relations. Clients are “often individuals paying significant sums for their wedding photography - it’s important and it’s personal.”

The other feature that he finds particularly helpful is the Goals feature, which he uses to separate money for annual tax bills. “It’s just so useful, and the perfect example of something that it would be so simple for the big banks to do - and yet they are chronically slow to innovate.”

Managing a business on the go

Starling has also helped him to cut back on admin and manage his money on the go: “I want to keep flying around the world for people’s weddings, and to run my business in a way that enables me to spend more time with my family. Starling helps no end with all of this,” he says. “I no longer have to wait until I periodically log-in to a dated banking browser window with a security dongle. Starling brings banking into line with how we expect services, apps, etc to run nowadays. Opening my old banking app was like stepping back into 2005.”

Future updates he’d like to see? “There is nothing that I need it to do that it doesn’t currently, although I don’t doubt there will be updates to the app. My old bank would never have given me a ‘roadmap’ to what they were developing this year in the way that Starling does.” Lee is looking forward to business accounts being connected to the Current Account Switching Service in the coming weeks so that he can switch completely.

For more about Lee, have a look at his website.

Apply for a Starling for Business account in minutes and bank on the move.

High street shops in parts of England will be able to reopen from 2nd December. Here are seven ways you can support local businesses this Christmas.

The Doers: A collective for freelancers

The Doers is a collective of freelancers, each with their own marketing expertise, who come together to deliver projects for clients.

How to avoid becoming a Money Mule

What to do if you’re struggling with debt