At Starling, I have the great privilege of working with an incredibly intelligent and capable team.

Over the past few years, I’ve noticed that all of them are fairly comfortable talking about money. From investing and pensions to bargains and rainy-day funds, they have passions and personal projects that they like to spend their money on – fashion, tech, travel – and they all have their own techniques for saving, cutting back and finding deals.

But although we’re all happy to talk about money at Starling, I also know that the subject can be fraught with emotion for a lot of people. It’s something that time and time again seems to have the ability to trigger our most instinctual emotions – fear, shame, joy, pride. But why?

At Starling, we’re interested in the psychological influences that inform our financial behaviours, which is why we’ve recently been investigating the way we talk about our finances – in particular, the stereotypes and tropes that exist in the media around money.

We were expecting to find the usual sweeping statements about baby boomers; perhaps a few dubious stereotypes about millennials and avocado toast. What we weren’t expecting to discover is that women and men are actually being split definitively by language into spenders and earners, the frivolous and the empowered. 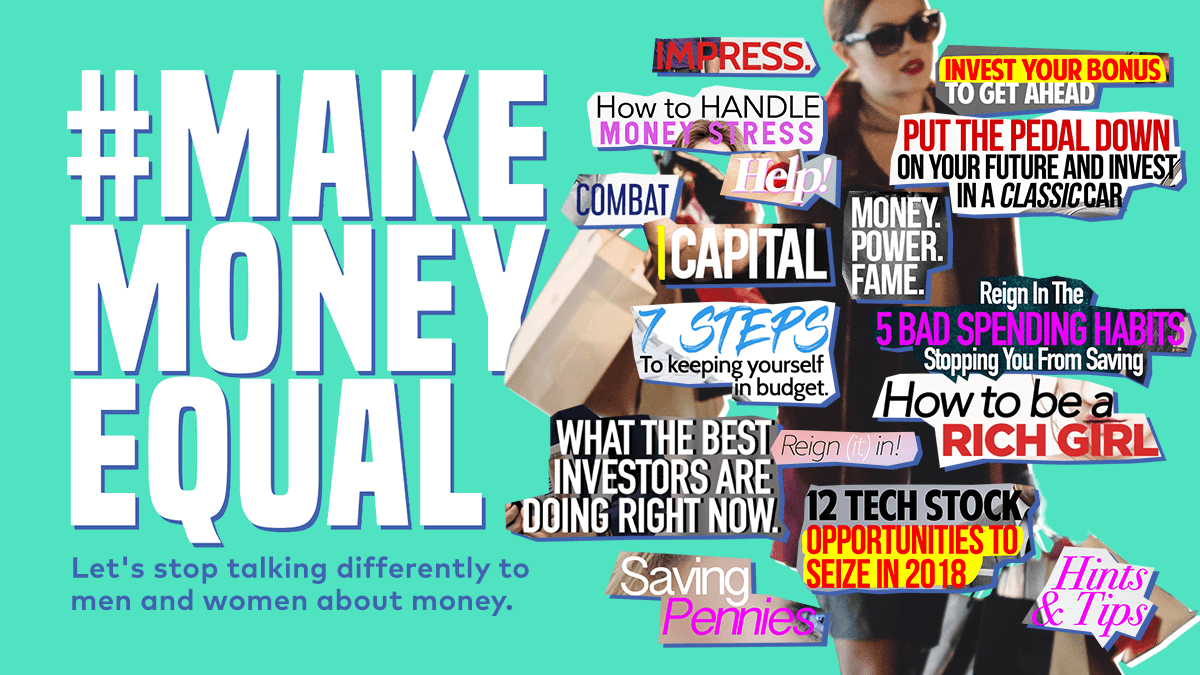 The study – and the results

In a linguistic study of 300 articles, we uncovered huge discrepancies in the way that men and women are spoken to about money. 65% of money articles in women’s magazines define women as excessive spenders and advise them to limit, restrict and take better control of shopping ‘splurges’, and they’re then encouraged to maximise their economic contributions through forms of thrift like saving small sums, earning small amounts, or finding a means of financial support, like a parent. Or a husband. 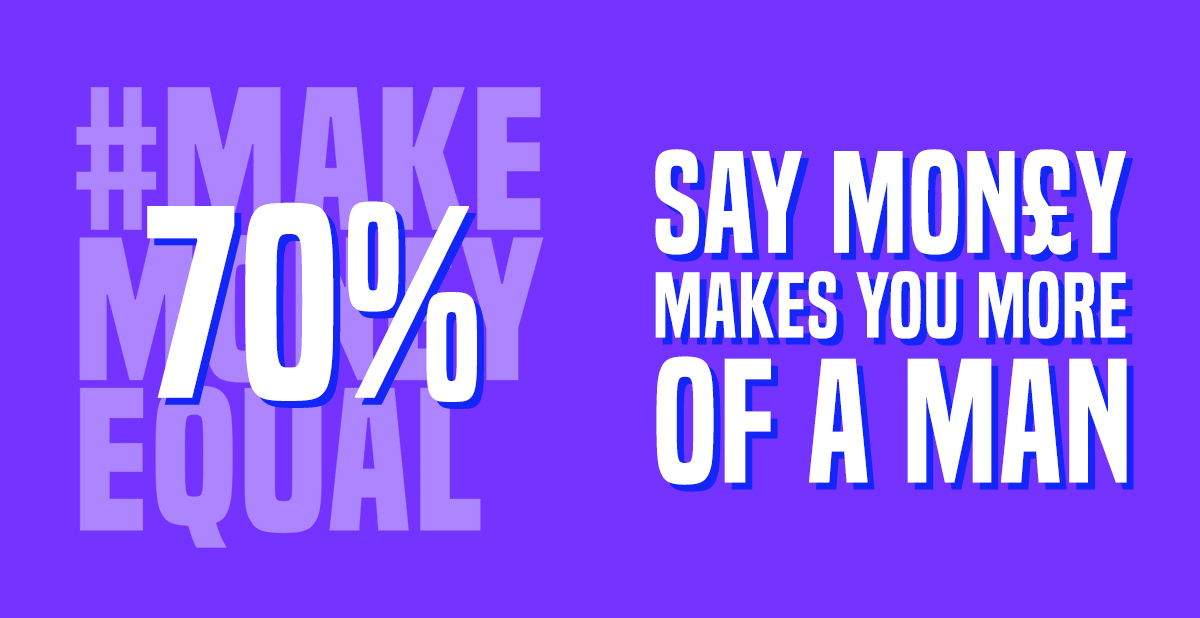 And while the ‘thrifty-splurger’ trope in women’s magazines is in direct contrast to the ‘adept financier’ archetype you see in the pages of men’s magazines, negative stereotyping impacts men too. In articles aimed at men, 70% emphasise that making money is a masculine ideal. They suggest monetary success and financial literacy are essential to enhancing personal status and getting ahead of colleagues or peers.

There’s also a dominance of ‘fear propositions’ in men’s magazines that are used to trigger actions such as investing or saving. Articles will rely on masculine stereotyped aspirations, leveraging codes of combat, strength, power, competition and performance. For example, the financial landscape is depicted as easily ‘conquered’ by those ‘daring enough’ to give it a go.

Both genders are thusly pigeonholed by the everyday sexism inherent in language, and whilst it would feel good to supply anecdotal evidence that counters one or two of these points, the gendering of language around money is colouring our understanding of our capabilities and value as individuals.

For women, the idea that your economic contributions are lesser, or that you’re less astute when it comes to managing your finances, or that you need to rely on anyone but yourself financially – simply because you’re a woman – is absurd. Likewise, the assumption that a man in debt or who doesn’t want to make possibly risky investments is less of a man, is just as damaging as the idea that men should face emotional upheaval or distress in silence.

Both feel like the kind of sexism we all wish had been left in the 1950s, and they’re both unconscious biases that we need to overcome if we’re ever to see true progress in closing the gender pay gap, the investment gap, or the confidence gap.

After all, it’s no wonder that investment in female founded start-ups is so low, if investors of both genders are being taught that women are less reliable with money. And it’s unsurprising that women don’t consider themselves investors, or use as many investment apps as men, when they’re being told to scrimp and deny their ‘urge to splurge’.

When we don’t view women as legitimate earners, but rather ‘spenders’ whose contributions are tied to the domestic rather than the professional – is it any wonder there’s still not equal pay for equal work? Or that industries where women dominate still command lower salaries?

I’m well aware that language isn’t entirely to blame, and that there are multiple systemic problems at play here. However, given the fact that there are plenty of successful women who feel more than confident with all aspects of their finances, and that men benefit as much from advice about discounts and thrift as women, we’re clearly in need of some adjustments societally. Our data as a bank demonstrates that there’s really no difference in the way that men and women spend on a day-to-day basis – so let’s start reflecting that.

We’ve investigated the media and their use of language but we all know sexism around money runs much deeper than just the content of the magazines we read. We’re all guilty of it as businesses, as brands, as individuals, as a society.

Which is why I’m calling for every business owner, every news editor, every podcast presenter, every headline writer and copy checker: let’s talk about money in the same way to everyone.

Money is genderless – and if we want to achieve parity and equality for the sexes, we need to speak the same way to everyone about money.

Read more about the campaign.

At Starling, we combine the power of human empathy with innovative technology. Our Customer Service agents are on hand to help 24/7.

Starling is here to listen and do everything we can to help our customers. We hear from our specialist support team.