From 1 April 2020, we will be applying rates of 15%, 25% and 35% EAR (variable) for arranged overdrafts based on a range of factors including your credit score. We explain why in this blog post. We’ve also built a calculator tool so you can check our new rates.

This is going to be our biggest year ever at Starling Bank. The year 2018 was a tremendous time of growth and accolades, with customer numbers growing from 50,000 to more than 400,000 and our headcount expanding from 130 to top 300.

Looking forward into 2019, we’re expecting to hit one million customers this year. We’ll also be launching a host of new products and features, starting with euro accounts for UK residents. Some 3,500 customers have signed up to the waiting list for these accounts, which our staff are already beta testing, so we know demand is high. Later in the year, we’ll be launching credit cards and we’ll be expanding our lending. Watch this space for more news.

When we launched Starling in app stores in 2017, we set out to create a different kind of bank that would use a host of smart money management tools to improve our customers’ lives. In the past 12 months we’ve added new features every month to make our user experience even smoother and more delightful. Most recently, in December, we added a Round Up feature that allows customers to automatically add money to their savings Goals and we updated the app so that Direct Debits will show in the app the day before they are due. 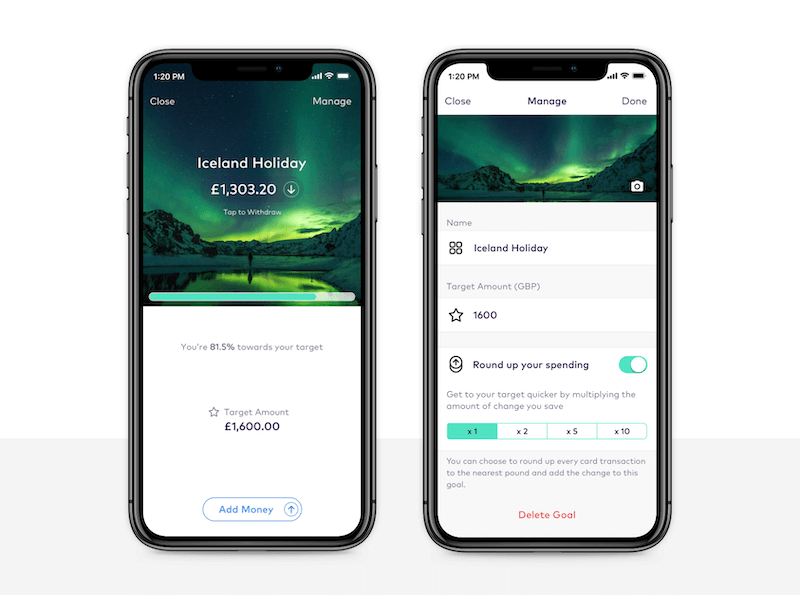 During the year, we entered business banking, with accounts for companies and sole traders. We launched accounts for 16 and 17-year-olds (no need to involve a parent to open one) and joint accounts. We also created a Marketplace, providing customers with access to a curated selection of third-party financial services and software providers. There are ten partners in the personal account Marketplace and four for our business accounts, with scores more in the pipeline.

In 2018 we partnered with the Post Office, which has 11,500 branches - more than all the old banks put together - where our account holders can deposit or withdraw cash. I admit we were surprised at the strength of demand for cash deposits, but we like challenges and we like learning from our customers, so were happy to make it happen.

Our Payment Services business, meanwhile, went from strength to strength in 2018 with more than 20 clients including the UK government, other banks, e-money institutions and corporates. We anticipate many more joining in the first quarter of 2019, while payment volume growth has doubled month on month. Our Banking-as-a-Service offer, made possible by our public APIs, is blazing a trail in the British banking landscape, allowing our clients to pick and choose the appropriate applications as and when they want to use them.

As a result of these and other advances in the last year, we’ve not only seen our customer numbers take flight to reach new heights, we’ve had plenty of acclaim too, including:

The future of banking

As our growth accelerates, and as we have graduated from fintech start-up to being a fully-fledged bank and tech company, our horizons are expanding.

Today’s consumers have grown used to a world of digital services that are crafted around their particular needs, providing them with input before, during and after they buy that car or search for that loan. They expect offers and service recommendations based on their own and others’ location, demographics and past and present transactions and behaviour. And they want these insights to be delivered and updated instantly on whatever device they are using.

We believe that banks are exceptionally well-placed to deliver such meaningful insights. That’s why we’re exploring how machine learning can be utilised to turn data into insights that will help consumers make better-informed, personalised financial decisions. We’ll never sell this data to outsiders; instead we’ll feed it back to our customers for their own benefit. Stay tuned for further developments.

An end to rip off fees and charges

We are constantly reminded of how far we have come when we look at how the old banks on the high street are beginning to copy some of the products and features we’ve created (it’s the sincerest form of flattery). But that’s where the similarities stop. Underneath, the old banks remain unchanged, clinging to outmoded practices and charging hefty fees for unarranged overdrafts, declined transactions and international transfers. They set minimum opening deposits for some accounts and often bury details of their exorbitant fees in hard-to-find small print. At Starling we do none of this.

Take overdrafts. In December the financial watchdog, the Financial Conduct Authority, outlined new proposals around overdrafts, including bans on fixed daily and monthly overdraft fees and on banks charging more for unarranged overdrafts. Instead, it called for a simple, single interest rate charge to make overdrafts “simpler, fairer, and easier to manage”.

At many big banks, by contrast, there are multiple rates. At Santander, for example, arranged overdrafts are charged at £1 to £3 per day, and unarranged overdrafts at £6 per day on the Everyday Current Account (1). At Lloyds Bank, which owns the Halifax and Bank of Scotland brands, customers pay 1p per day for every £7 of overdraft they hold - that can result in interest rates 60% or more in the worst cases (2). Lloyds has announced plans to change this in 2019 to a tiered model ranging from 1p a day per £6 borrowed to 1p a day per additional £8 of overdraft, depending on the amount borrowed. It says the new structure is “simple and transparent” (3). Really?

In light of the FCA’s report, I wouldn’t be surprised if the old banks are already planning how they are going to replace banned charges with new ones.

At Starling, we’re already in line with the FCA’s proposals. Our overdraft rate is a competitive 15% EAR and we’ve never gone in for fixed fees. Payments that would take our customers over their overdraft limit will, in most cases, be stopped before they can go through. However, in the rare instances where customers do go into an unarranged overdraft by accident, we only ever charge the standard rate of interest, with a maximum monthly charge of £2. And if a customer accidentally goes overdrawn for a short period - they may for example go £50 into the red for four days - we waive the charge for that month, providing they only do it once a month. It’s just one example of how Starling is making banking better.

It’s not just on overdrafts where we’re beating the old banks. If NatWest (4) or Barclays (5) decline a payment because a customer doesn’t have the money to cover it, there’s an unpaid transaction charge of £8. At Santander the charge is £10 on the Everyday Current Account (6). At Starling we don’t charge for declined transactions.

Travelling abroad? HSBC will charge you a 2.75% non-sterling transaction fee for using your debit card abroad when making purchases and cash withdrawals (7). There are similar charges at the other big banks. Starling does not charge any such fees at all. Nor do we impose a £200 a month cap on free overseas card transactions or ATM withdrawals like some other neo banks.

When customers want to transfer money overseas from their bank account, many other banks mark-up their exchange rates offering their customers a worse rate than the one they actually use and pocketing the difference themselves. At Starling, we give our customers the real market rate, (the mid-point between the buy and sell rate on the global currency market) with no mark-up. All we add is a 0.4% fee to the transaction (so £4 on a £1,000 transaction). That fee is included in and taken from the conversion amount, so customers always know exactly how much their payment will cost.

It isn’t an accident that Starling beats the old banks on these, and other, fronts. We recognised earlier than most the power of digital technology to build a fairer kind of bank, which also had added features and functionality and lower overheads. Because we built our banking platform ourselves from scratch and benefit from world class cloud hosting, our cost base is much lower than the big banks’. It means we are able to achieve more than they can, faster and at lower cost.

The incumbents do have economies of scale and should be able to share the benefits of this with their customers. But their archaic infrastructures and practices push up costs. They have branch networks and outmoded IT systems to maintain. And they’re having to spend billions on their digital transformations and IT migrations - on occasion with disastrous results. They also cling stubbornly (and, in the last 12 months, in vain) to the expectation of high returns to their investors.

At Starling, by contrast, a lower cost base is important to us because it means a better deal for our customers. Our products are delivered under a technology framework that achieves rapid innovation cost effectively. With a lean and agile infrastructure, supported by revenue streams from retail and business banking, our Marketplace and our Banking Services and Payments business, we are creating a sustainable business model and expect to be profitable by 2020.

We also have a different mindset from the big banks. We don’t charge for declined transactions because the process of declining a transaction is automated and the incremental costs to us for each such transaction is very small. It’s the same for the big banks, but they still charge. Why? Because, until now, they have got away with it. If the fat cats of banking really want to copy us, let them copy our fees and charges too.

We have also chosen to pay interest on our current accounts - it’s only right that if we are using this money to generate revenue from our lending activities, we should compensate our account holders.

If the old banks are not using digital technology to offer their customers a better deal, they’re not playing fair.

It's no secret that Brexit is a major cause of uncertainty for everyone. We're putting contingency plans in place to ensure that normal service to customers is not interrupted.

Starling is targeting expansion in Ireland, where we will establish a subsidiary. Subsequently, we will target the French and German markets.

We take great pride in being based in London, but are proud too of our international outlook and of having an employee base drawn from around the world.

A word of thanks

I’m glad I didn’t listen to those who told me in 2014, “Nobody just starts a new bank, it can’t be done”. Well we did and the success of these past five years shows that it can. We’re grateful to our staff and to our customers for helping us make it possible. Thank you all.

At Starling, we combine the power of human empathy with innovative technology. Our Customer Service agents are on hand to help 24/7.