How young is too young to learn about money? Our writer Charlotte Lorimer speaks to Rachel Kerrone, Head of Campaigns at Starling, founder of the blog Parent Money and mother to three boys - six year old twins and a four year old, to find out.

“Some parents worry about talking about money or giving money to their children too early. But I really believe that by starting these conversations early, you help them understand the value of money, which in turn helps them to have a better relationship with their finances throughout their life. It’s never too early to build good money habits and it helps to break the taboo of not talking about money.” - Rachel Kerrone

The sooner the better

By the age of three, children can understand that money is a form of exchange. By five, they have begun to build their own attitudes around money. By seven, these views are already well-developed, according to the Money Advice Service.

Attitudes around money often form around what we learn at home and school. Many of us missed out on a financial education in the classroom, but this is beginning to change. At Rachel’s twins’ primary school, there’s an annual money challenge called ’Money March’. “The school gives each child a packet of Smarties, which they of course eat, and then throughout the month, they have to do helpful jobs at home and fill up the empty packet with twenty pence coins,” she says. “I love that they use real coins, not counters or pieces of pasta.” 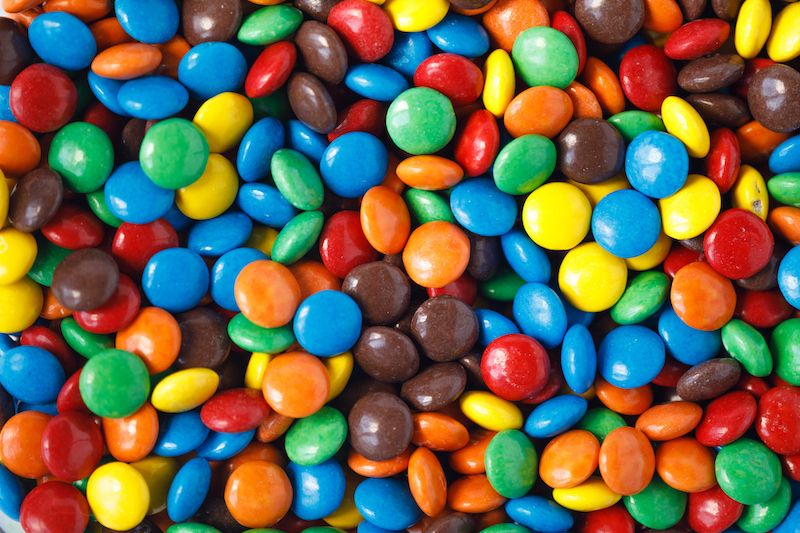 At the end of March, the coins are collected and the school is able to buy new equipment such as musical instruments. This way, the children are involved, learn about earning money and can see how their work has paid off.

Outside of Money March, Rachel and her husband Mark give their boys pocket money, but not on a weekly basis. “It tends to be in the holidays or if they’ve got a really good school report or if they’ve helped rake up the leaves in the garden. So then it feels like there’s a reason behind it, rather than the assumption that whatever happens in the week, they’ll get £1 on a Saturday.”

When they went on holiday to Italy, they tried a new approach when it came to money. “We decided to give them a set amount at the beginning of the holiday and explained to them that if they wanted something, they needed to use that money. But when it’s gone, it’s gone.”

What she found interesting was how the different children managed their money. “It showed how different personalities deal with money. One of the twins spent all his money within the first hour or so - he was haggling with the street traders to get his Leaning Tower of Pisa ornament and keyring at a cheaper price. But he was really happy with what he bought.”

His twin brother had a different approach. “He ummed and ahhed the whole week about what to buy. He didn’t want to buy something too early and then regret it.”

Their approach gave the children more independence, decision-making skills and financial awareness. “So many of us pay for everything with contactless, so children have no concept of what something costs. When they have actual cash, they can understand how it works.”

An allowance can extend beyond holiday spending. Getting kids involved in budgeting can be turned into a game - give them a budget and ask them to choose picnic ingredients within that limit, or take them to the supermarket to buy the ingredients for their favourite meal. It makes it fun and empowering and it’s an easy way to start an everyday conversation about money.

Further advice includes giving children the responsibility of handing over cash if you’re buying something, or making a list of fun, free things to do, such as going to the beach or park.

Teach children how to save

Delayed gratification is an important life lesson: work hard and hold back now, see the reward later. This mentality is key to saving. “When they ask for a new football kit, we explain how much it costs. We’ll say ’Well, that costs £60 and if we buy one for you and your brothers, that’s £180 and that’s a lot of money,’” she says.

Next, she breaks it down so that the boys themselves can think about saving up for it. “We’ll say ’Look, Grandma gave you ten pounds, your uncle gave you five and we did too so you’re almost halfway there. If you don’t spend your money on stickers and magazines you’ll be able to save up for it.’”

Choose your words with care

Lots of the habits and lessons Rachel tries to pass on came from her parents. “How your parents manage their money has a massive effect on how you are with money and how you talk to your kids about money. Mine were always very financially astute and taught us some really good money lessons around savings and mortgages.”

Two years ago, Rachel set up her blog, Parent Money, with the aim of helping parents save money. “I think it’s important to be open about money, but being stressed about paying your mortgage is not something a six-year-old needs to be involved in. If your household is having conversations about money, the kids can totally pick up on it and they often absorb the attitudes."

Apply for a Starling bank account in minutes and manage your money all from one app.

Buy now pay later: What you need to know

“Buy now pay later” products have grown massively in popularity in the past year, boosted in part by the shift to online shopping. Here’s what you need to know.

Teaching kids how to budget can help set them up for a better relationship with money in later life. Here are some ideas.

Why it’s time to #BreakUpWithYourBank and join Starling

Here, we highlight why it’s time to cut the ties with your old bank and fall in love with easy, responsible banking from Starling.

We talk to Sanjay Lobo of volunteering app onHand about helping local communities and employee wellbeing.

To help reduce financial anxiety, it may help to concentrate on positive actions that you can control. Here are a few ideas.

The five pillars of money

When it comes to talking about personal finance, there’s often too much jargon used. Here, we’ve broken down the topic of money into five simple pillars.