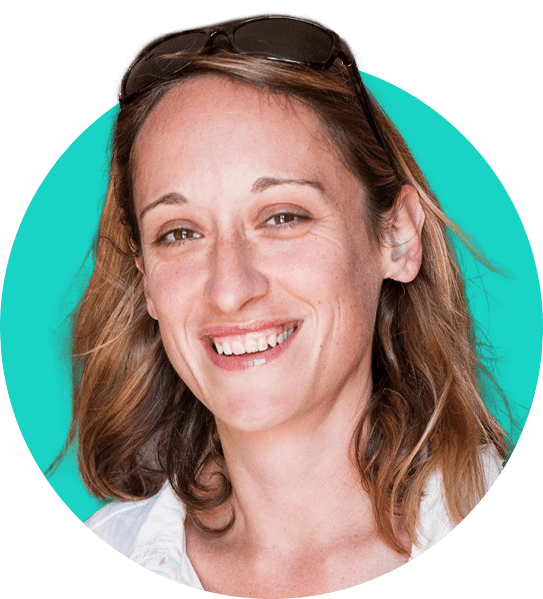 Kate Carter is a freelance journalist who focuses on lifestyle. She writes for the BBC and The Guardian

Ever feel like you’re instantly turning into your parents? For me, talking to my kids about money does it every time. I defy anyone to get through pocket money negotiations with their offspring without using the phrase “money doesn’t grow on trees, you know!” Last time this happened, my 10 year-old had a rejoinder prepared: “I think you’ll find it actually does, as it’s made from paper” she smirked. “Okay smartypants, let me talk to you about polymer bank notes!” I replied. Yes, I really am the queen of the hilarious comebacks.

Talking to children about concepts like “value” or saving can be frustrating, funny and surprisingly educational – for you. When it comes down to it, kids often have a pretty good grasp of what really matters. But one thing that holds true is that not talking about finances doesn’t help anyone. Starling’s Make Pocket Money Equal study, joint with Loughborough University, showed that when parents do talk to their children about pocket money, their financial literacy improves.

Now that kids have their own bank cards like Starling Kite, money is almost entirely digital. It gives you and your child a permanent record of their transactions, making it easier to talk about concepts like spending and saving than it is with cash.

Starling’s Make Pocket Money Equal study, joint with Loughborough University, showed that when parents do talk to their children about pocket money, their financial literacy improves

Reminiscing about my childhood saving, I inadvertently reduced my own child to hysterics by telling them about the existence of 1/2p coins. I’m not sure they really believed me. However, while 1/2p might be a little ungenerous as pocket money, giving regular payments to your children – however small – is important. It’s like giving them picture books as toddlers – they aren’t going to be reading Dickens any time soon, but it’s a first step on a long journey.

Let them take over your household budget

My youngest, 10, is driven by whatever passion she currently nurses, so the idea of letting her take control of the household budget, like the brave souls who did the Starling Kite kids takeover, is terrifying. I suspect she’d blow it all on some new Converse and we’d be living off baked beans until Christmas.

But, however scary, giving kids autonomy is the best way for them to learn. If the mere idea gives you palpitations, set them a specific task, like one family meal. Can they feed you well within budget, or will you be dining on three courses of Haribo? Again, you might be surprised: I let my kids loose on a meal recently and it even contained vegetables.

however scary, giving kids autonomy is the best way for them to learn

We have an annual family ritual now, just before my birthday. Their dad gives them a budget – perhaps £20 – to spend on presents for me. It’s one of my birthday highlights – not because of the gifts I get, but seeing the joy on their faces. They get to be ‘grown up’, go into shops without me (I have to stand outside) and make their own choices. Giving them that kind of responsibility can be hard – I’ve had to step away from my tendency to micromanage –- but very rewarding.

The boring old supermarket shop is even more valuable to teach them the fundamentals. They begin wanting all the treats (don’t we all?), but if we add up as we go around, they soon start to realise how quickly the boring-old-basics mount up. And they can genuinely delight in finding smart substitutions that save us money overall.

With a three-year age gap, my youngest gets a little less than her big sister. This, I am reliably informed, is an injustice she will soon be referring to the International Court of Human Rights. While I’m all for her developing her negotiation skills – certainly something she’ll benefit from in later life – I point out that she gets the same amount as her big sister did at her age, so it is fair.

Nothing rankles kids more than perceived lack of fairness. And so it’s also hugely important, if you have girls and boys, to treat them exactly the same when it comes to setting chores – including the amount they earn for them. That’s the basics of equality – and how we’ll get rid of that Gender Play Gap.

However, to get any pocket money, there are certain basic chores my kids must do. Keep their rooms reasonably tidy, help out with household tasks, clean the rabbit’s hutch. Equally, I think it’s important to carry through with the reverse: if their rooms are a tip and the rabbit is starting to look thoroughly fed up, then no pocket money. At least until things are put right. It introduces the idea that money has to be earned and no, it doesn’t grow on trees.

Use the new tools available

Cards like Starling Kite are linked to a parent’s bank account, and with real time notifications, they really help cement the idea that money is finite and will run out if they keep spending: “Look at the app – see how little money you’ve got left. Aren’t you supposed to be saving up for that XBox, iPhone, luxury Caribbean holiday for me?”

My eldest called my bluff on this years ago. I felt she was too young to have her own screen. Thinking it was entirely a pipedream, I told her she could have an iPad if she paid for it herself. She nodded seriously. Her pocket money, paid digitally, mounted up. She didn’t touch it. Family monetary gifts were added at birthdays and Christmasses. Two years later, she presented me with the total in the app, and announced she was now ready to buy her own. I couldn’t argue with that – I only wish I had the same level of self-control to resist sweets.

We’re on a mission to Make Pocket Money Equal. Find out more.