A new kind of farmer: from turnips to Tesla

Dot McCarthy has farming in her bones and is part of a growing cohort of women bringing change to agriculture. Women now make up one third of the sector’s workforce, an increase of seven per cent over the last decade.

“It’s never been unusual to me - my Mum’s a farmer and lots of my farming friends are women,” says Dot, 30, who runs Cronkshaw Fold farm and study centre near Rossendale, Lancashire.

Making her mark on the farm

Dot took over the farm from her mother three years ago. Since then, she has developed the way it’s run to make it more sustainable both as a farm and as a business. She farms poultry, goats and sheep and grows fruit, vegetables and herbs in the kitchen gardens. “We’re not 100% organic yet but we’re moving towards that,” she says.

She also runs educational visits, weddings and holidays for people who want to stay in the accomodation available on the farm. “There are lots of little avenues to the business,” she says. “The overall ethos is to provide the public with access to a working farm for both education and enjoyment of the countryside.” 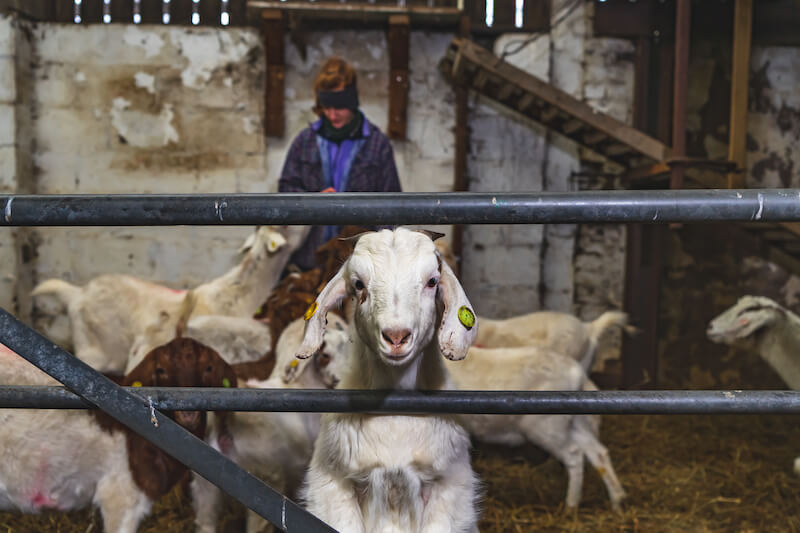 In the next five to ten years, Dot wants to run the whole farm with renewable energy by installing solar panels and wind turbines. “It’s something I’m very passionate about. I want to do anything I can to mitigate climate change by encouraging people to come to the farm to learn about food and farming. I want to make it easier for them to go on holiday in the UK or charge their car if they have an electric one.”

Energy and automotive company Tesla have donated three charging points for electric cars for those who visit the farm. “We want to encourage people to think about their impact on the environment on a wider scale - electric cars are part of that,” says Dot.

Climate change is one of the many topics covered at the farm’s study centre. “You can feed more people with a field of crops than you can with grass fed animals,” she explains.

Dot welcomes everyone to the farm, from toddlers to university students. As part of her mini farm explorers group for children under four, the toddlers come and collect the eggs and feed the chickens. “Sometimes the eggs get smashed but it’s worth it,” she says.

She also arranges weekly visits for children from primary schools across Lancashire; there are 4,000 schoolchildren who visit the farm annually. “We’ve seen such a difference not only in the children but in the staff.” The older students are often on placements for veterinary or agriculture courses. “They learn about dietary requirements, how to worm sheep and goats, lambing and the best practice for managing grassland for bees and insects.”

Learning on the job

Dot knows better than anyone that the best way to learn is on the job. She grew up on the farm with her two sisters and brother and helped her mum look after the sheep and collect eggs. She also spent a lot of time training their sheepdogs, something she continues to do today. But as the youngest of four, she never imagined she would one day run the whole farm. “Normally the oldest takes over the farm,” she says. But, as it turned out, Dot was the only one of her siblings in a position to take it on.

When her mum had a hip replacement, she called Dot to ask her if she would consider running the farm. “I wasn’t 100% sure but I thought I could always have a go and then change my mind,” she says.

To begin with, she ran the farm part-time while she finished her course at Manchester University in Satellite Data Analysis, the study of mapping data. “It was very busy and slightly crazy and I got hardly any sleep.”

She did her undergraduate course in Geography at Aberystwyth University. After graduating, she spent some time working abroad in Norway and Finland training the huskies that pull the sleds. “It was very cool - minus 45 cool,” she says. She was in the Arctic, mid-husky run when her mum asked her to come back to the farm - a phone call that marked a new chapter in her career. 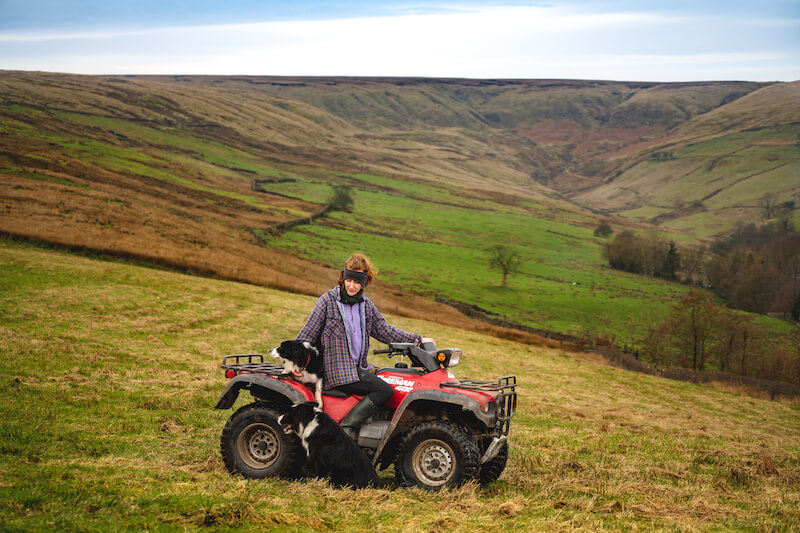 “I knew it would mean a much smaller wage if I decided to take over the farm rather than pursuing a career in satellite data analysis. I had plans to apply for a role at the European Space Agency, but I figured I’d give running the farm a go and could always change course in the future if I wanted to,” she says. “In just three years, the business has grown a lot and there’s scope for much more.”

When it comes to starting and running a business, Dot’s advice is to push through any fears of failure in the knowledge that you’ll always learn from your mistakes. “I’ve got bright friends who keep saying they’re not ready to start their own businesses - they want to cross all the t’s and dot all the i’s, but you learn so much from the mistakes you make. Be honest, tell people: ‘I’m doing this, I know it’s rough and shoddy, but what do you think?’ You learn way more from a review with one star than with five,” she says. “There’s no point being afraid of failure. You’re definitely going to fail at some things, but you can’t get stuff right unless you’ve tried. Get going and don’t see your mistakes as failures, see them as opportunities to learn.”

Banking on the go

For Dot, one of the best things about a Starling business bank account is that it helps her manage her paperwork. “I love that you can attach stuff to payments records in the app, such as photos of receipts. I rang up the tax office about it and they said that it’s best practice to have the physical receipt and a picture. But a digital copy on its own would suffice for tax returns.”

As a farmer always on the go, having a mobile bank account suits Dot down to the ground. “I really like it - I’m recommending it to all my friends.”

She came across Starling when she was researching business accounts online. When she saw that Starling had a female founder and chief executive, she was sold: “Cracking - I’ll give you my money.” (Starling’s CEO, Anne Boden is the first woman to found a UK bank.)

Learning from and supporting female entrepreneurs has always been important to Dot. Her friend Katie Cropper made history in 1990 when she became the first woman to win the sheepdog trial ‘One Man and His Dog,’ televised on the BBC. “She’s a total legend, I look up to her a lot. When she won the competition they didn’t know what to do - call it One Woman and Her Dog?” Dot also looks up to shepherdess Emma Gray, who featured on the TV series Flockstars and and wrote a book, One Girl and Her Dogs, which tells the story of Emma’s first year running a Northumberland farm aged 23, having broken off her engagement.

This time last year, the National Farmers’ Union (NFU) appointed Minette Batters to lead the organisation. She is the first female president in its 110 year history. Minette, 51, is a single mother who took charge of her father’s Wiltshire beef farm in 1998. In an interview with The Times, she spoke about the importance of women in agriculture: “Women have always been the backbone of a large majority of farming businesses and they have probably not had the recognition they deserve,” she says. “I am just the right woman, in the right place at the right time.” And she has a ready answer for those who ask her about gender and farming: ”Success for me is when being a woman isn’t newsworthy.”

Find out more about Cronkshaw Fold farm and study centre.

Alin Cristescu, founder of Fin Wood, tells the story of his company and why he became a Starling business customer.

Cornelia James, a glove making business, has banked with Starling since 2019. We share their story of growth, adaptation and success.

We talk to three Starling customers about their businesses and hear how the Bounce Back Loan Scheme (BBLS) has helped them thrive.

Here we round up Brexit information and resources available, from government tools and grants to webinars and workplace materials.