Summer is coming. For many it’s the season for concerts and festivals. Ever imagined what it feels like to be up on that stage? Tusher Joshi knows all about it - from playing the stages of Bestival to Glastonbury, he has over 200 festivals to his name.

Tushar, 42, started playing in a band when he was 16. In 2004, he formed the electro band Subgiant with bass and keyboard player Olly Maw and DJ Dan Hayes. They have played together ever since. “Very few bands tour and play for such a long time,” he says.

Throughout his time on stage, he’s always thought there’d be a better way of running the festival backstage.

“As an artist, you can turn up for your set and no one will have looked through your specifications for sound or how the stage should be laid out. Festivals want to be festivals and have a party - organisation is an afterthought,” he says.

That’s why he developed Festival Pro, a piece of software that collects and organises all the information and processes required for running a festival. The business combines two passions: music and technology.

Tushar has built the entire system and website from scratch. “Writing code is my passion. I was up till 3am this morning writing code, it’s an addiction in a way.”

He started learning to code when he was six years old and went on to do an undergraduate degree in Computer Science at City University in London, where he grew up. In 2001, he completed a Masters in Advanced Computing with Artificial Intelligence at Imperial University, London.

Tushar adds new features and updates to Festival Pro almost on a daily basis, based on requests from customers. Since launching in 2017, more than 50 festivals have signed up. At the moment, he runs Festival Pro with just two members of staff, Victoria and Josh, who help with administrative tasks.

Not all the festivals he works with are music-based. “There’s a taco festival in Texas, a book festival in Pittsburg and a multi-venue arts festival in Bristol,” he says. 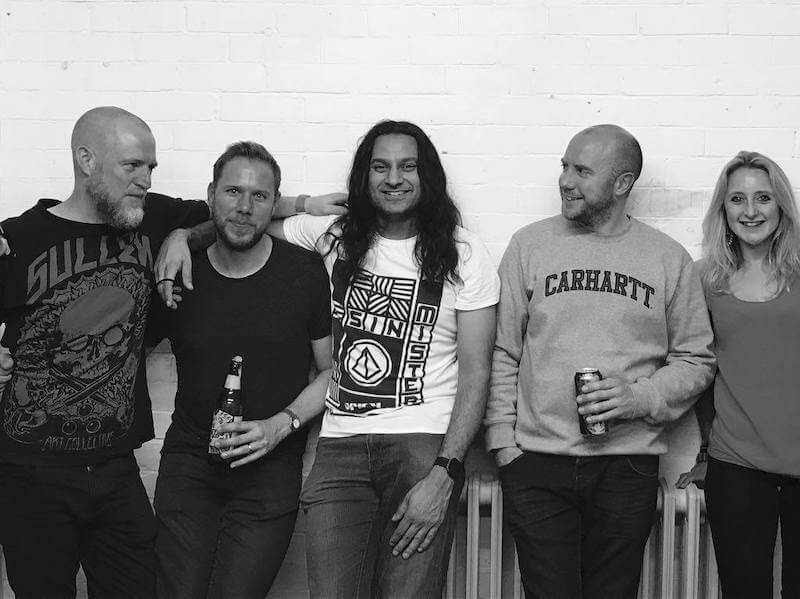 Festival Pro enables its users to manage everything from artists’ dietary requirements to collecting traders’ food hygiene certificates. There is also a system to sell festival tickets. As part of this, customers have the option to spread the cost of their ticket over a few months. “Not everyone has the money to pay £300 in one go,” he says.

Festival Pro is one of several businesses Tushar has founded and runs. In 2018, he bought some property in Shoreditch to develop into a co-working space. “I build software not buildings. But when I saw the deal I just went for it. It was a concrete shell with no electricity, floors or water. I met a few builders down the pub and we designed it from top to bottom.”

Within three months, the space was complete, including the sixteen desks which he made with the help of the builders. He uses the space as his own office and rents out the remaining desks to other companies. “The area is absolutely buzzing. It’s a great place for a business,” he says. He has called the co-working space R.A.D. Labs (which stands for Research and Development but is also a hangover from his skateboarding days).

Another venture is his voice recognition company VoxSciences, launched in 2008. The VoxSciences software enables users to transcribe voicemails and send them as a text or email. It therefore provides companies and call centres with a solution to the time spent listening to voicemails, Tushar runs VoxSciences with a friend, Ken Blackman, who has a background in tech. It was through Ken that he first heard about Starling.

“My traditional bank account was the most frustrating thing about starting a business,” he says. “With Starling I don’t have to keep logging in to check the account because I receive notifications when a payment comes in.”

Find out more about Festival Pro.

Apply for a sole trader or limited company business account with Starling.

Sadé: A magazine to inspire and empower young black girls

Charlotte Lorimer interviews mentor and former rugby league captain for Great Britain, Jamie Peacock, about his wellbeing programme and why he banks with Starling.

Anna Codrea-Rado on finding her purpose and fighting for freelancers

The reality of freelancing in 2021 is that we all wear many hats. Anna also wears many hats, but each exists for one clear purpose: championing the self-employed.

The power of collaboration in business

Online grocery store ‘inn’ promotes a zero waste approach to shopping. Their mission is to be accessible, convenient and affordable.

Buy now pay later: What you need to know