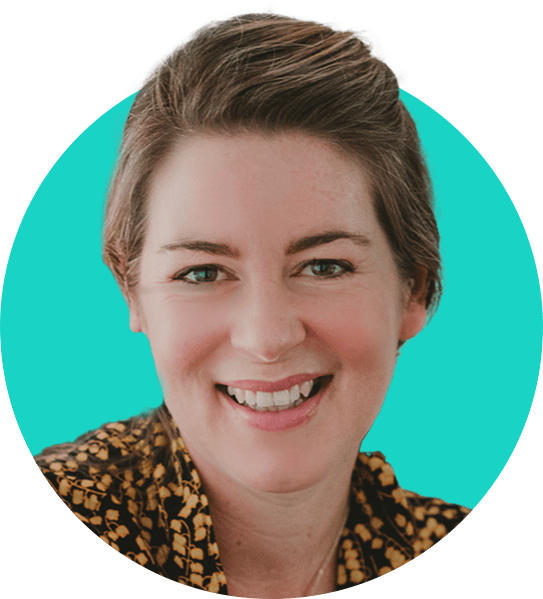 Louise Burke is a freelance journalist covering family finance and motherhood, whose work has appeared in Stylist, Grazia, The Telegraph and The Mirror

Starling business customer Karen McGuigan, otherwise known as The Maths Mum, won a £5,000 Take Flight bursary this year to support her business, Maths for Life. It’s a resource for parents and schools that want to help children with learning needs develop maths skills.

When Karen posted videos online during lockdown that demonstrated the way she was homeschooling her middle son Lance, who has Down Syndrome, she was suddenly inundated with messages from parents desperate for homeschooling help.

“The daunting reality was they had no clue how to support their SEN (Special Educational Needs) kid with their maths,” Karen says. “When children were sent home during lockdown, they were missing the extra support that school provides for maths learning – number lines, counters, rulers and so on. But for those with learning difficulties it was even harder because the extra scaffolding they have is the teaching assistants.”

It sparked a new business idea for Karen, who previously provided maths learning resources under the moniker ‘The Maths Mum’. She says, “I spun my existing business into Maths For Life to help a small but struggling minority and became the Joe Wicks of maths for SEN kids!”

Karen, who is also mum to Dexter, 12, and eight year old Cal [Lance is now 10], believes the current maths curriculum isn’t set up to help children with learning difficulties to thrive. “Because of the way it’s structured, kids can lose a lot of love for maths very quickly,” she explains. “And once you lose the love, it’s hard to bring it back.”

“Children with learning difficulties struggle with big leaps forward in learning — it’s more about taking microscopic steps using numbers up to 20,” explains Karen. “They struggle to apply general rules to different situations. For example: if you showed them a picture of a blue triangle, then showed them a picture of a bigger red triangle and asked them what shape it is, they’d be stuck. They will apply the triangle shape only to the blue triangle that you showed them first.”

Similarly, teaching positioning — a strong theme in maths learning — is tricky. “SEN kids may recognise placing a toy model in between two others, but if you asked them to put themselves in line between two people, they struggle to translate that to a new situation or perspective,” says Karen.

“You need to use repetition in your teaching as SEN children take longer to grasp the different perspectives,” Karen continues. “The triad of memories is important for maths — short term, long term and working memory. However, you’re working with a deficit with SEN children. In addition, there’s not enough resources. For typically developing children, they complete three or four worksheets before moving onto the next stage. Whereas SEN students need up to 100 worksheets, because you’re repeating and changing the scenario every time.”

Why we need to teach special educational needs kids about money

While financial literacy is key to unlocking independence as children grow older, many parents aren’t talking to their children about money, according to new research for Starling’s Make Pocket Money Equal campaign. “Many parents lack confidence in maths and that impacts children’s financial literacy,” explains Karen. “It’s vital that children learn about value from an early age.”

Karen believes the curriculum needs updating. “When it comes to money, the questions we should be asking are, ‘Do I have enough?’ and, ‘Do I know the value of things?’ The other factor is, of course, we don’t use pennies to buy things in the modern world, we tap cards!”

Karen believes the curriculum needs updating. “When it comes to money, the questions we should be asking are, ‘Do I have enough?’ and, ‘Do I know the value of things?’

What you can do to help

“The best thing you can do as a parent is prioritise the maths you need in everyday life to help give them future independence,” says Karen. “Rather than using school templates, teach value first – using objects your child recognises. And use the correct value, either using props or discussion. Make their path of understanding relevant and relatable.”

If they get distracted easily, Karen says, “Work out a way the lessons could benefit or motivate them. If they’re into football cards, use them to work out values. Then relate those values to other objects or amounts to keep them engaged. It will give them basic financial acumen like the difference between expensive and cheap.”

The best thing you can do as a parent is prioritise the maths you need in everyday life to help give them future independence,

Lastly, Karen says throw out traditional workbooks. “My books and interactive worksheets have imagery that kids relate to and topics that inspire conversation. The truth is, there’s less opportunity for SEN kids to learn through real life experience,” she says. “I don’t publish answers either. Don’t assume SEN children see what you see. For example: how they interpret value or time can be very different to an adult.”

When it comes to pocket money, Karen prefers her kids to earn money when they complete a task, rather than give regular payments. “I make it more about choices,” she says. “They work out how much they need, then we work out the chores or ways they could earn it. It’s important you also address the reason behind saving money. What are they saving for exactly?”

Ultimately a ‘slow burner’ approach is the way to go when teaching special educational needs kids about money from a young age. Karen says, “It will pay off when they reach their teenage years and beyond as they will be more independent and less vulnerable - the latter is what I aim to eradicate.”

We’re on a mission to Make Pocket Money Equal. Find out more.