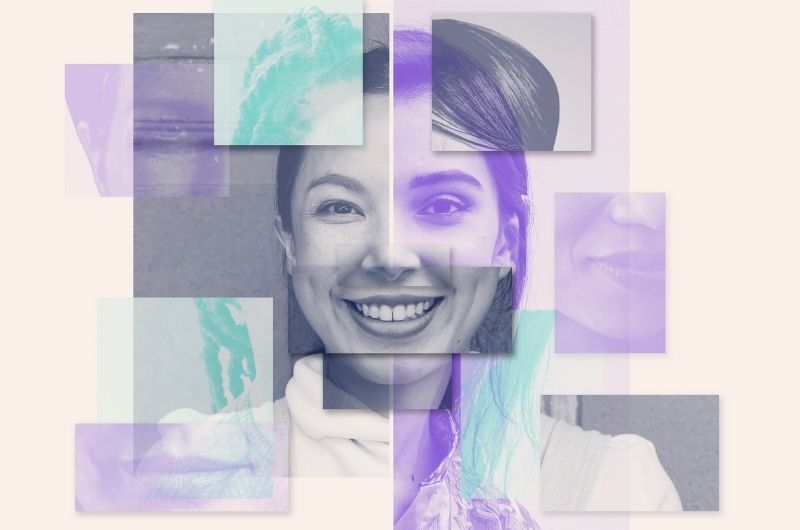 8 March 2021, London: People now picture a woman when they consider the ‘archetypal entrepreneur’, according to a novel experiment into perceptions of business. But this positive attitude is yet to be reflected in reality.

In an implicit bias study - commissioned by digital bank Starling - 2,000 participants were shown an ‘identity parade’ of all ages and genders and asked to respond in less than three seconds which images could be entrepreneurs.

The image that most people (70%) agreed looked entrepreneurial was that of a young (30-something) woman, compared to a little over half of respondents (57%) indicating the same for a middle-aged man. Younger people were also more likely to see women as entrepreneurial.1

This contrasts with reality where the average business owner is a 51-year-old man, and where only 27% of businesses are owned by women.2

However, out-dated perceptions of older people in business were still evident in the study, with images of the over 50s being selected far less than average. And while all respondents judged older faces of both genders to be less ‘business-like’, profiles of older men were more likely to be considered entrepreneurial.3

“It’s encouraging to see that assumptions about business ownership are changing and that many rightly view women as entrepreneurial as men. At Starling, we’ve witnessed this first-hand with thousands of women of all ages launching businesses. But the reality now needs to catch up with perceptions, and the study also reminds us that some outdated views of women in business still very much exist.”

The research also showed the degree to which entrepreneurial ambition is strong (and growing) among women, with more than 1.5m women having started their own business in the last 12 months (6% of women) and nearly three times this number (17%) harbouring ambitions to start a business very soon.4 Self-believe in business skills among women is equal to that of men, too (31% and 32% respectively). And young women (18-34) are more likely to see themselves as running their own business than young men (48% vs 43%).

“When we first started, we had lots of mixed reactions from customers with me being a woman - either they love it or they don’t! Usually older customers were shocked, often men. I’ve found they want to stop me digging or doing anything too physical. But most customers nowadays respect my work and especially the plant knowledge I can impart.”

The experiment was carried out by Opinium Research from 18 to 23 February 2021, among a nationally representative sample of 2,000 UK adults. Each participant was shown a variety of profile images that varied by age and gender and asked to respond as quickly as possible to whether they considered the person pictured to be capable of being an entrepreneur (yes/no). Those that didn’t respond within three seconds were not counted. The time pressure in the experiment ensured ‘gut reaction’ to reveal ‘implicit bias’ - or those opinions held unconsciously. The data created a ranking of images most likely and least likely to be considered an adept businessperson. This varied from +45% (woman over 50) to +70% (early 30s woman).

The featured image is a composite of the most commonly selected images of women considered to be entrepreneurs.

1. Younger people (18 – 34s) were overall more likely to agree women looked like entrepreneurs with 67% agreement on average (vs 60% for whole sample).

3. Over 50s male and female profiles scored below average in the study and the lowest score was that of an older woman (45%).